Discover the Sierra de Aracena in a motorhome

This little mountain corner in the province of Huelva It has an attractive tourist offer as a “Complex Serrano de Interés Ambiental” (Serrano Complex of Environmental Interest) based on three fundamental pillars: nature, hiking and gastronomy. From then on, enjoyment will be more assured, to which we must add that you can travel with both family and friends. The only requirement is that your travel companions are mountain lovers and do not back down if some other slope appears.

We are going to tell you some basic recommendations to get to know the Sierra de Aracena and make the experience as complete as possible. When you return, tell us how it is!

First of all: where to settle with your vehicle to get to know the Sierra de Aracena?

First of all, find the base camp. In Motorhome Areas we are going to recommend Camping El Madroñal, located in the geographical center of the Sierra de Aracena and Picos de Aroche Natural Park. In addition, in its surroundings there are several hiking trails or to ride MTB.

You can spend the night in this space in the middle of nature if you travel in a motorhome, camper, caravan or minivan.

Aracena, the “capital” of the area

The municipality of Aracena is the largest in the entire homonymous mountain range, becoming its main population center. Literally, it is worth knowing her from top to bottom. Namely: from its imposing castle of Muslim origin and the Mudejar church to the Gruta de las Maravillas, one of the main tourist attractions in the area.

Walk through its streets of whitewashed houses and don't leave without trying the exquisite pastries, especially at snack time. 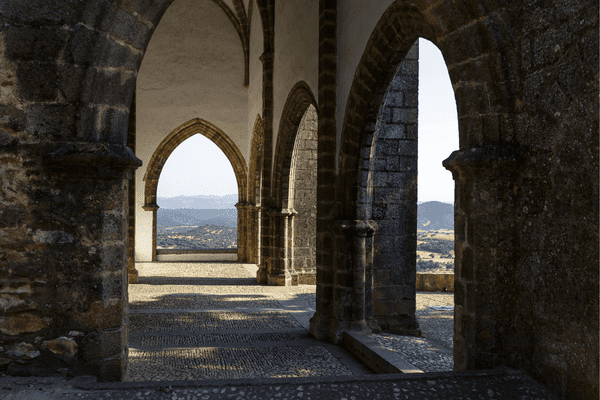 Jabugo, the "capital" of ham

In the case of Jabugo, we are talking about one of the places of pilgrimage for lovers of the best gastronomy. the Jabugo ham It has its own denomination of origin and its recognition extends among those companies that carry out their work in the surroundings of the Sierra de Aracena and Picos de Aroche Natural Park. This is influenced by both the Iberian breed of pig and its free-range breeding process and climatic conditions.

If you like to taste exquisite products and you are going to know the Sierra de Aracena, do not leave without tasting this original delicacy.

Aroche and Cortegana, two places with a lot of history in the Sierra de Aracena

We are getting closer to the border with Portugal, but we will stay in the province of Huelva to get to know these two charming towns. Once again, its castles preside over from the heights and have become places to visit to learn how this area was defended against enemy incursions. As a curiosity, the Castle of Cortegana It is one of the best preserved in the entire province. Do not miss the views of the town and the surroundings from the top. The climb is worth it!

To keep learning about the history of the Sierra de Aracena, we recommend you visit the Archaeological enclave of Arucci Turobriga, an ancient Roman city that gave rise to the current population. The Hermitage of San Mamés also stands there, for which part of the material from the Roman settlement was used. If you are an art lover, the 15th century frescoes that are distributed throughout the temple, which include monumental religious scenes, will catch your attention.

Returning to gastronomy, between Aroche and Cortegana you must try the famous Arochen sausages, which are cooked with brandy. 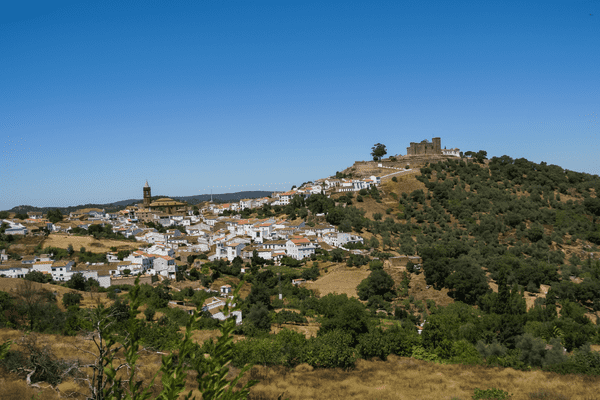 Here is not the thing, the Sierra de Aracena has other beautiful towns that we list right now:

← Previous: 5 destinations that we recommend for a getaway in the fall Next: Community of Madrid, much to see (and travel) by motorhome → 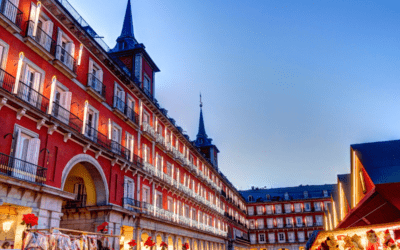 Live a dream Christmas in Madrid

Oh Christmas... What a magical time. Everyone is carried away by the Christmas atmosphere and, taking advantage of the fact that it is vacation time, a trip to disconnect is never a bad idea. Why not? There are many places that are impregnated with a special aura during these...

END_OF_DOCUMENT_TOKEN_TO_BE_REPLACED 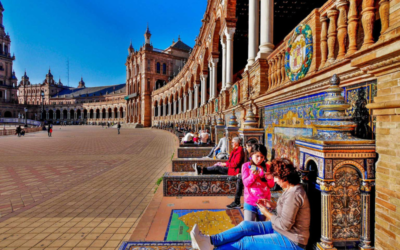 Unforgettable experiences to enjoy in Seville

Our motorhome heads to the capital of Andalusia and its province. We are going to do an authentic cultural immersion to let ourselves be carried away by the charms of Seville and the experiences that it offers us in some of its most emblematic areas. If you plan...

END_OF_DOCUMENT_TOKEN_TO_BE_REPLACED 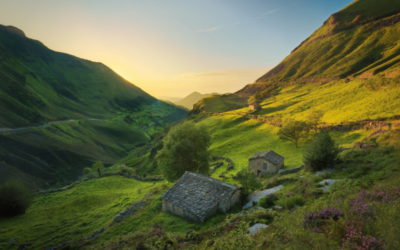 5 mountain destinations to travel this summer in Spain

Are you one of those people who takes advantage of their vacations to disconnect in the middle of nature? Perfect! You have come to the right place, because we have five mountain destinations for you that you can visit this summer. Taking into account your starting point or the route...